Major pentatonic, the upbeat counterpart to the minor pentatonic scale, is the unique sound behind many unforgettable guitar solos. The Blues Soloing Secrets bundle combines a foundational introduction to the basics of Major pentatonic scale and detailed technique instructions that prepare you to confidently jam with the band onstage or create your own memorable solos in the studio. Purchasing the courses as a bundle ensures 16 hours of seamless learning at a $30 discount!

The major pentatonic scale can’t be played the same way as the minor, mainly because it doesn’t resolve similarly. That’s why I created Blues Soloing Secrets – to give you an in depth look at all five positions and share how to effectively use them to gain effortless access to the whole fretboard. Taking scale approach to learning Major pentatonic rather than chordal is what makes this course distinct.

After crafting a foundation of the major pentatonic scale in Blues Soloing Secrets Level 1, it’s time for a deep dive into melodic soloing ideas and techniques! Blues Soloing Secrets Level 2 is where we really unleash the beast, taking your playing to a whole new level. Now that your finger strength and dexterity has improved, we’ll begin adding techniques such as bending and vibrato, quicker runs, string skipping, more position shifts, chromatic licks, hybrid picking, and using more chord tones outside of the major pentatonic box. Not only will you master these movements, we’ll hammer in an understanding of how the greats of guitar used each of them to craft legendary solos - leaving you with the skills to create your own without ever missing a beat. As an added bonus, you’ll get an exclusive guide to the specific gear that ensures awesome tones every time. 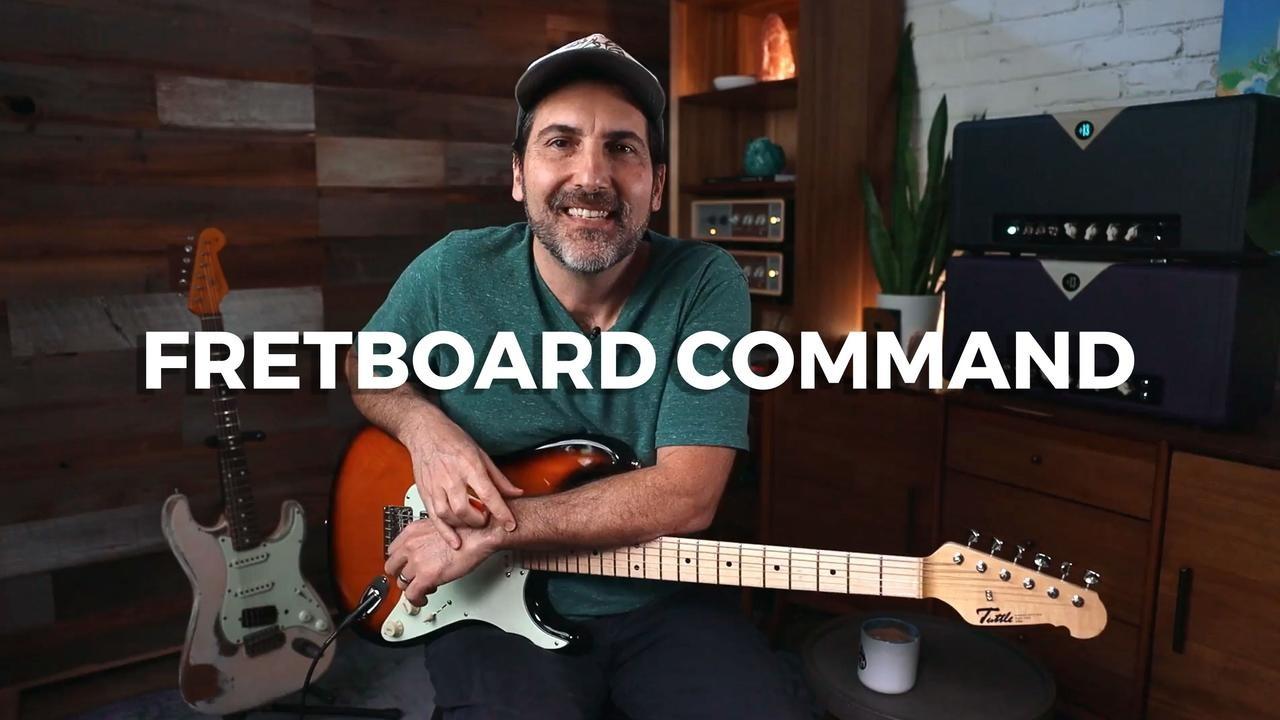 Want to take command of your fretboard?

Introducing Fretboard Command. In this FREE mini course you will literally be given the the fast track to concepts that will dramatically change the way you play guitar for the better!!

The goal of Fretboard Command is to give you a solid foundation with which you can in a short amount of time be able to improvise without knowing the key you are in, use your scales correctly, construct melodies, see target notes and chord tones all over the neck, break some rules, mix major and minor pentatonic, while at the same time adding feel and confidence to your phrasing! You ready?!?